Annele Matintupa, DI, will take over as CEO of Roadscanners Oy on 1 August 2022. Since 1 March 2021, she served as the company’s executive vice president and has already worked in various jobs in the company since 2007. During a 15-year Roadscanners career, Matintupa has accumulated a wide range of experience in diagnostics and repair planning of traffic infrastructure, especially roads and streets, as well as property management and related research projects.

“I know the company and its strengths very well through my long work history. Our strength lies in the expertise of personnel and software and equipment products that enable us to meet the future challenges of traffic infrastructure both in Finland and over the world. It is great to be able to continue the story of Roadscanners on the excellent foundation that Timo Saarenketo has created,” Matintupa says.

Current CEO Timo Saarenketo, one of the company’s founders, will take over as Chairman of the Board of Roadscanners Oy after 24 years as CEO. He continues to work as an expert in various domestic and international research projects, as well as in educational assignments.

“Almost a quarter of a century at the helm of Roadscanners Oy has been an educational and remunerating time. We have managed to gain a prestigious world position in traffic diagnostics and asset management, but there is still a lot of work with future challenges. Annele Matintupa has proven her ability to pull demanding projects over the years and under her leadership Roadscanners will continue its growth based on strong R&D work, says Saarenketo” 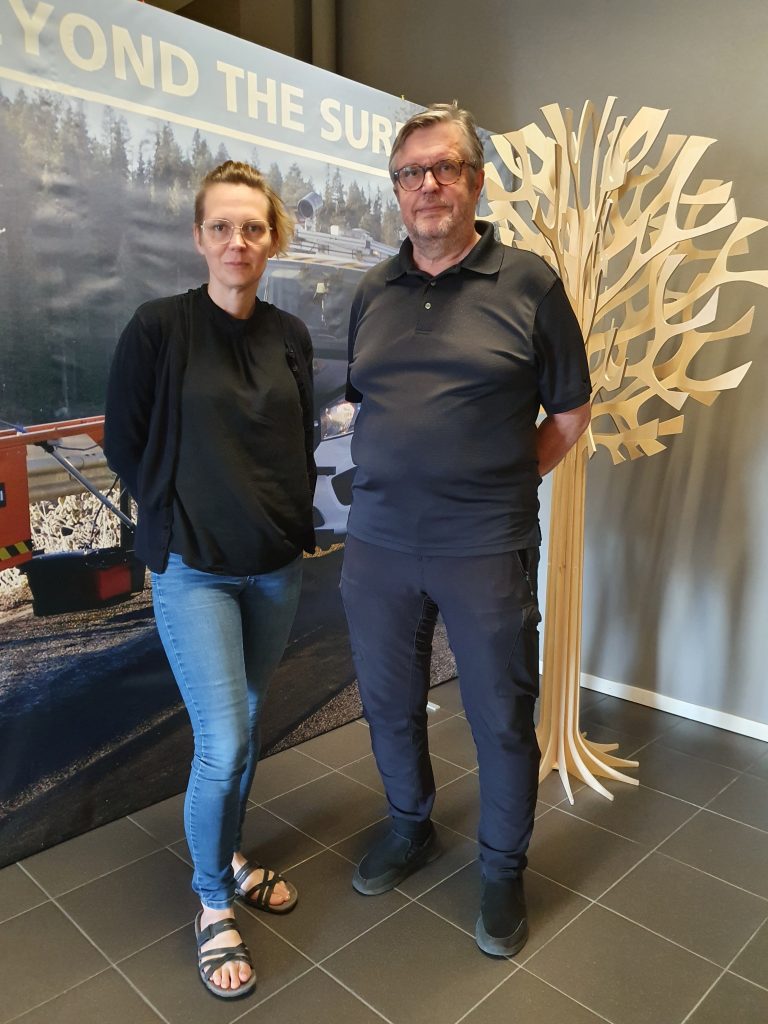 Roadscanners is attending IRF World Meeting in Dubai.
The exhibition will take place in person in Dubai on November 7-10, 2021.
The event is focused on delivering solutions to the world’s pressing mobility questions. Particular attention will be paid to emerging challenges such as readying road infrastructure to autonomous vehicles, advanced travel demand management, the safety of vulnerable road users, and energy-efficient infrastructure, to name a few.

Come and meet us at our booth A81.

In proactive maintenance of roads, road condition is followed regularly. The key to this strategy is to react to any detected flaws in road condition before they turn into more severe damages. One of the newest techniques is using 3D-accelerometers, which have already been used for the past ten years on Road Doctor Survey Van (RDSV) and Road Doctor Maintenance Controller (RDMC) vehicles.

Modern 3D-accelerometers have several benefits in roughness surveys. They are installed directly onto the axles of the vans and, therefore, driving comfort can be directly measured. Vibrations, which affect driving safety, can also be measured in X, Y, and Z directions. Positioning is done accurately with GPS. Results from accelerometer measurements can be converted to International Roughness Index (IRI).

Frequency analysis of accelerometer data has proven to be very useful in proactive maintenance of roads. In this analysis method, different wavelength components are calculated from accelerations. This makes it possible to define the reasons for roughness problems. Short waves describe the transverse cracks, medium waves describe the frost heaves, and long waves settlements. When measurements are performed regularly, targets with large settlements can be located. Early detection of deviations makes it possible to address deficiencies before they create serious problems, which could be very expensive to rehabilitate. Figure 1 presents an example from Road 83, its developments in accelerations since 2015. Inadequate drainage of a private access road causes uneven frost heave during winters that even out during the summer. This can be prevented or slowed significantly by improving the drainage.

The great benefit of accelerometers is that they can also be used in winter conditions and on dusty gravel roads, which is not possible with laser-based roughness measurement equipment. Figure 2  presents an interesting comparison from gravel road s13771. MSc. Anssi Hiekkalahti conducted research on this road, related to his master’s thesis, in the year 2012. In 2020, the gravel road was measured again, and comparisons between the two measurements were made. In these results, it can be seen that at the beginning of the road there are still problematic sections, the same sections which were already problematic in 2012. Conversely, at the end of the section, the earlier problems have gone away and only one new one has appeared. This result indicates that, based on this accelerometer technique, the problematic sections which require some grading can be detected. With that simple maintenance operation, the problems can be solved. If operations are not performed, the problems will reappear annually.

Using Roadscanners’ RDMC technique, which has been developed for road maintenance, the measured results can be uploaded to the Road Data Center cloud service in about 2 seconds, which makes real-time follow up and reporting feasible. RDMC equipment can be installed on any vehicle.

Figure 1. Wave length analysis of 3D-accelerometer data from 2015 from road 83 between Sinettä and Pello. In the figure, results from winters 2018 and 2019 are also presented. Roughness here is also seen as longer wavelengths which shows that problems are related to frost heaves. Other anomalies seem to be related to transverse cracks. 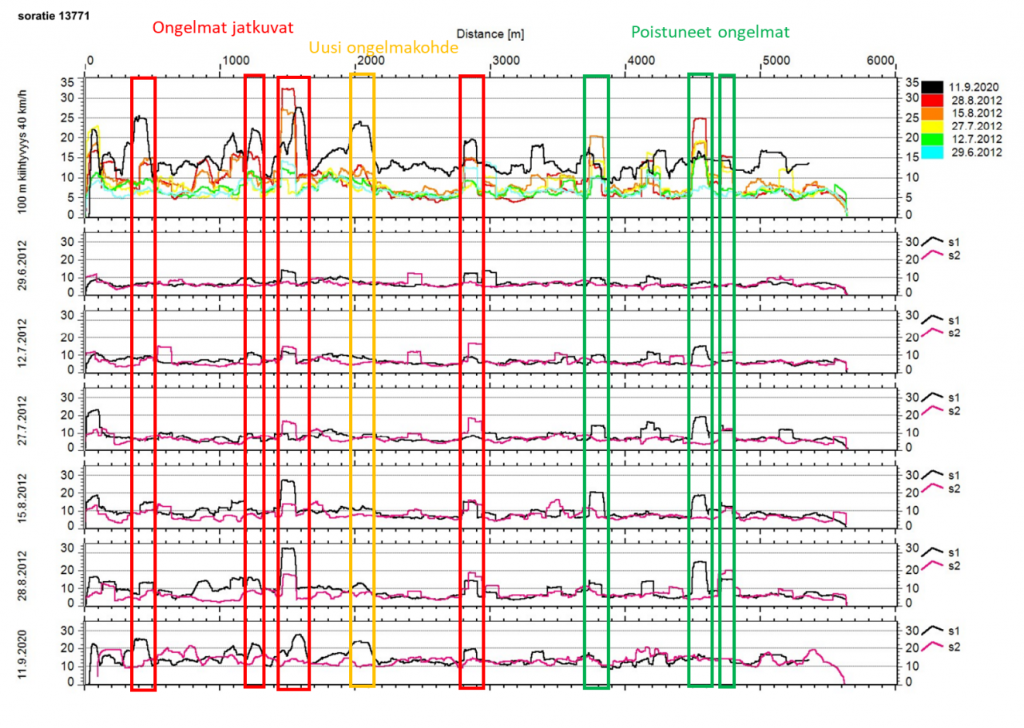 Figure 2. Accelerometer results from the year 2012, the lowest one is from September 11th, 2020. The levels of the accelerations have changed, because of newer and more accurate sensors, but local roughness related to potholes can be seen in both measurements.

Winter Road Congress will be held from 12th to 13th February, 2020 at Tampere Exhibition and Sports Center!

Roadscanners is also participating and we would love to meet you also there.

Information about Mr. Saarenketo and his presentation

And here is more information about the conference:

Come and meet us at 12th TRB International Conference on Low-Volume Roads, Kalispell, Montana.
More information about the conference

Located in Hamel, Minnesota, and established in 1954, Loram Maintenance of Way, Inc is one of the world´s foremost railway maintenance companies, specialized in maintenance equipment, contracting and consulting services. The acquisition will reinforce Loram’s know-how and service portfolio.