Roadscanners has been recognized by the International Road Federations (IRF) and given Global Road Achievement Award (GRAA).

The award was announced on the evening of November 7th 2018 in Las Vegas at the 70th anniversary gala of the IRF. The first time it has been awarded to Finland.

The prize was awarded for the PEHKO 2015-2025 project. The goal of PEHKO (improving maintenance practices and policies on paved roads) is to increase the lifetime of the road pavement, and thus cut down annual paving costs, using new improved practices and policies in asset management, based mainly on technologies developed by Roadscanners.

The Roadscanners method detects the “weakest links” of a road, diagnoses the cause of the problems and fixes them before serious pavement damage appears. This type of proactive maintenance has had a great impact on maintenance cost efficiency. The annual paving costs in the PEHKO pilot areas in Lapland and Central Finland have dropped by 10-36% over the three years since PEHKO started in 2015. The final objective for the project is a 50% reduction in annual paving costs by 2025. 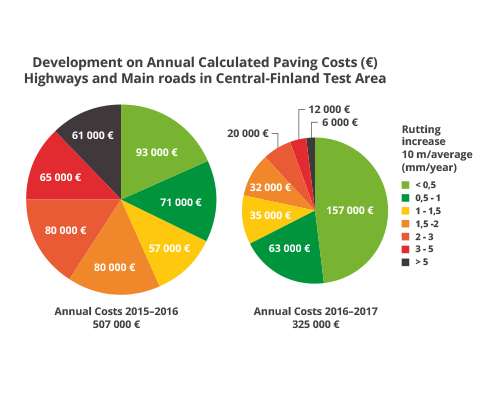 130-150 million euros are used annually in Finland to maintain approximately 50 000 km of paved road network. Despite this the road network maintenance backlog is increasing at roughly 100 million/ year and overall is estimated to be greater than 1 billion euros.

”The results from the PEHKO project show that with new technologies and digitalization, we can overhaul the processes in our road maintenance in such a way that we are able to prevent the increase of the road maintenance backlog and even improve road condition”, says the head of Roadscanners Timo Saarenketo.

The International Road Federation’s Global Road Achievement Award is a one-of-a-kind prize to recognize innovative road projects and exemplary people that place the road industry at the forefront of worldwide social and economic development. Roadscanners won the award in the category of “Asset Preservation & Maintenance Management.”

The project is a co-operation between Roadscanners, the Finnish Transport Agency, and the Lapland, Central Finland and Uusimaa regional Centers for Economic Development, Transport and the Environment.

The Head of the Finnish Transport Agency Kari Wihlman is happy to see a reward for the co-operation project between Roadscanners and Finnish Transport Agency. “Research and development is a very important way for us to create new tools for better traffic infrastructure maintenance and management. Especially the utilization of digitalization will be critical in the future. It is great that the work has also been recognized internationally”. 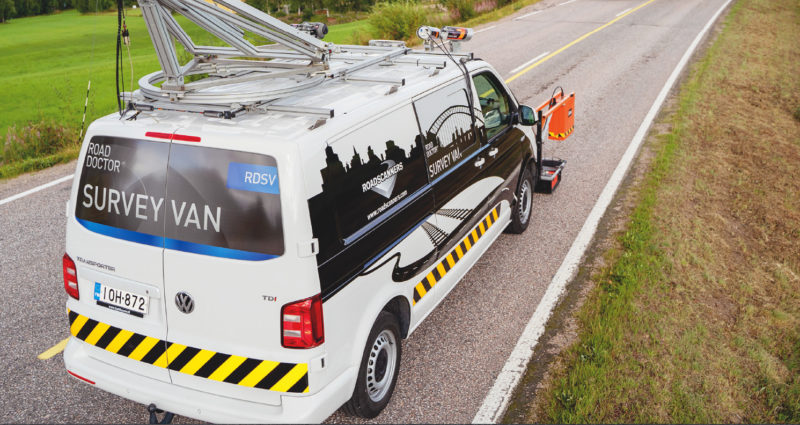 Roadscanners CEO Timo Saarenketo:
“Winning the Global Road Achievement Award 2018 is a great honor not only for Roadscanners Oy and its staff, but also for the project partners of the Finnish Transport Agency and Centres for Economic Development, Transport and the Environment of Lapland, Central Finland and Uusimaa. The results from the PEHKO project show that digitalization and new technologies can provide new cost effective solutions to meet the challenges in the asset management of paved roads worldwide.”