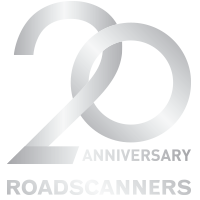 According to the United Nations 54% of the world’s population now lives in urban areas, a proportion that is expected to increase to 66% by 2050. That means that 1 in 3 of us will still be living in rural areas with increasing needs of transportation, mobility and connectivity services for the foreseeable future.

Currently, the main digitalization discussions in the transport sector have focused on solutions for urban areas but this does not mean that the challenges for rural areas should be forgotten. A good location for these discussions is Finnish Lapland with its established reputation as a test bed for many intelligent transportation and asset management solutions. Examples of these include the “PEHKO” project for proactive asset management (2015-2025), the “Aurora” test area for autonomous vehicles, the “HCT” heavy truck pilots, and the “ROPE” project for frost and soft soil problem detection and maintenance planning for railways.

On the 22nd March 2018 Roadscanners will celebrate its 20th anniversary in Rovaniemi at the House of Culture Korundi with a seminar focusing on “Future Transport Infrastructure Asset Management in Rural Areas”. This seminar will give an overview on the Nordic and global challenges facing the road and railway transport sector over the coming years, and will provide a forum for discussions on the potentials of applying new technologies and digitalization for people in rural areas within their transport sectors.

The same event will also celebrate the 20th anniversary of the ROADEX network. Roadscanners has been strongly involved with this part EU funded ROADEX cooperation that was initially created to focus on the road asset management of rural roads in cold climate areas. The subsequent ROADEX findings were quickly proved to be applicable to heavy traffic roads, and even to sub-tropical areas.

The anniversary seminar will be followed by dinner and an evening party at the Lappia Hall where everyone will be able to join together informally to shares stories and memories of our long connected journey over the years.

I look forward to seeing you again in Rovaniemi on March 2018.

Official presentation of anniversary greetings to Roadscanners can be made at
House of Culture Korundi lobby at 12:00 – 12:30
Lappia Hall lobby at 18:30 – 19:00

All locations are in a walking distance from the city center.

The best gift is that you are able to join us in our celebration. Gifts are not necessary.

Official presentation of anniversary greetings to Roadscanners can be made at
House of Culture Korundi lobby at 12:00 – 12:30
Lappia Hall lobby at 18:30 – 19:00

Bookings have been made according to your request.
Payments are done at the hotel.

HOW TO GET THERE?

Rovaniemi is situated in Finnish Lapland, right on the Arctic Circle. Despite the northern location, getting here is easy – Rovaniemi is well connected to the rest of the world via various means of transport.

From abroad, the town is easiest to get to by plane via Helsinki. Inside Finland, Rovaniemi can be reached by plane, train, coach or car.

How to get from the airport to the hotels

Bus from Airport to the city centre and back – drives to all the centre hotels as well as bus station, ca. 15 minutes, price 7 € / person. Airport Express departs from the airport after every flight arrival. Check your hotel reception about the pickup time from your hotel back to the airport. For further information call +358 (0)16 – 362 222.

Cars available at the airport when flights arrive. Airport Taxi transports in the city area and surroundings. Price 10-12 € / person, takes more than one customer at the same time (car pool).
For further information call +358 (0)16 – 362 222.

The railway station is located about 1.5 kilometres from the city centre. There is no direct bus connection. The easiest way to get to the hotel is to either walk or to take a taxi.

* rs20@roadscanners.com is e-mail address especially for the 20-year celebration